Citizens National Bank is turning 100 on Valentine’s Day, and to show its love for its community, it’s throwing a birthday party.

The bank, established in Somerset on Feb. 14, 1920, will have events at all of its locations, including seven in Somerset and Pulaski County and also celebrations at its branch banks in Monticello, Russell Springs and Nicholasville.

In Nicholasville, the bank at 600 Keene Centre Drive across from Copper River will mark the occasion from 11 a.m. to 2 p.m.

“We’re planning on a little celebration” with appetizers and prizes, Joe Wilder, the Jessamine area president of the bank, said. “We’re going to give away a hundred bucks an hour every hour,” and everyone who wins a $100 prize will be entered in a contest for a grand prize of $1,920.

The bank will remain open that day for business during usual hours, from 8 a.m. to 5 p.m.

At the main bank in downtown Somerset, there will be a ceremony at noon with local officials, a high school band performance and the unveiling of a placque.

At all of the branches, customers who arrive early will receive a commemorative coin as long as supplies last.

Bank employees have been talking up the party. On Friday, Abigail Stone, the local head teller and customer service representative at the Nicholasville bank, was telling resident Cara Hager about it after she made her transaction, and guests who came in were offered freshly-made popcorn. Wilder came out of his office to greet visitors.

“Customer service is the key to anything and everything we do,” he said.

Wilder, of Jessamine County, who previously worked for a local competitor, has been with the bank since it was established here six years ago, on Sept. 11, 2014.

The location currently has five employees.

Wilder described the atmosphere at the bank as traditional and customer-friendly.

“All of the lending decisions are made locally, and we still have an old-school bookkeeping department,” so customers can talk with an actual employee and not have to call an 800 number, he said.

Tradition and continuity have contributed to the bank’s success.

“Since 1920, Citizens National Bank has been the same bank, period. Not just the same name, merged with anybody, but the same bank” with more locations. “In today’s banking world, that’s pretty amazing.”

Since it opened its Nicholasville branch in 2014, the bank has been well received locally, Wilder said, and it has a good relationships with other banks in the community.

They compete, but they also operate where they can. If one can’t provide a certain service, he said, it will refer customers to a bank that can, and those banks refer people to Citizens National.

Citizens National was chartered on Dec. 12, 1919, and opened its doors in downtown Somerset two months later.

One thousand shares of stock were sold for $110 per share to capitalize the bank.

J.J.B Williams acquired majority interest in the bank in the 1940s, and when he died in 1970, his stock was sold at public auction to settle his estate, and Garvice Kincaid had majority interest until his death in 1976, when the bank’s assets had reached almost $50 million.

The new investors who acquired the bank formed a holding company, Citizens Bancshares Inc., in 1978.

The bank was recognized in 1993 as one of the 1,500 safest banks in the U.S. That year it achieved a milestone in attaining $200 million in assets and $20 million in capital.

In 1997, advisory boards were established for each of Citizens’ local banks, and the bank was granted trust powers in 1999, when it was also listed as a Five-Star Bank by Bauer Financial Group.

The bank entered the new millennium with more than $250 million in assets and $27 million in capital, and today has about $444 million in assets, according to Lindsey Guffey, the marketing officer. The bank has experienced robust growth without acquisitions or mergers, and while remaining locally owned.

According to a press release from Guffey, while Citizens National Bank has flourished in terms of commerce, “it has always made a concerted effort to give back to the community it serves,” contributing to monetarily to civic and nonprofit organizations and volunteering time to churches and schools.

In an article published in the Somerset Commonwealth Journal’s magazine, In Touch, in December, Don Bloomer, the current president and chief executive officer, said the bank has thrived, and he was optimistic about the future outlook for Citizens National.

“We want to be here for another 100 years. To do that, we will need to keep providing excellent customer service and adapt to the ever-changing banking climate,” he said. “We will have to offer the latest technology that our customers desire.” 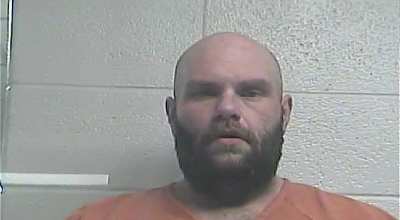 Police are searching for an escaped Jessamine Co. inmate