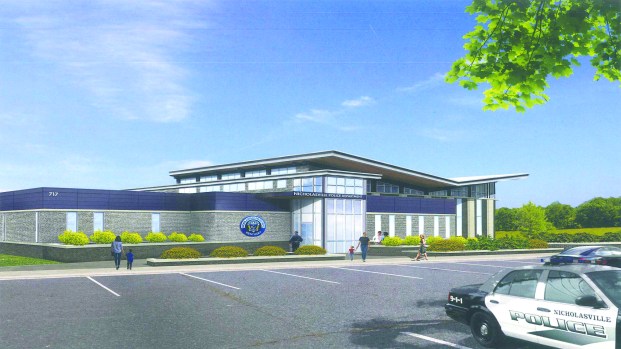 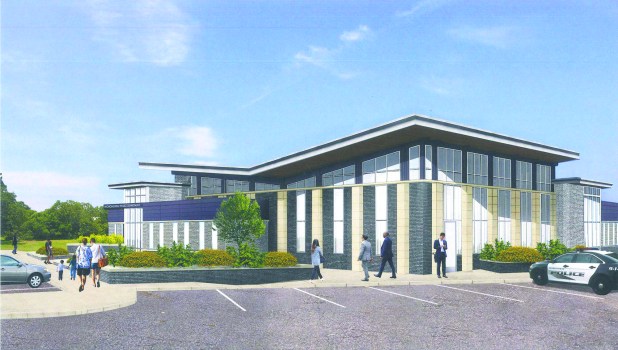 The Nicholasville City Commission got its first look at what the city’s new police station will look like once it is completed next year.

The city is scheduled to break ground later this year on the new $6 million, 22,000 square foot police station on North Main Street.

Monday evening, officials with Brandstetter Carroll, the architectural firm developing the project, presented its plans for the building to the commission.

The facility will include covered storage for police equipment and 1,600 square feet of public meeting space, including room for the city commission meetings.

“It’s everything we need,” Nicholasville Police Chief Todd Justice said. “Compared to what we have now, this is light years ahead. Everyone’s had a say-so in the building. They know what we need, and that’s what we wanted.”

The department currently shares a building with the Nicholasville Fire Department on Main Street, and uses a separate building and parking area behind.

The new building will include a main floor for public meeting space, records and offices for the detectives and narcotics officers, project manager Philip Schilffarth said. The lower level will have space for evidence storage, patrol officers and a fitness room.

There will also be a dedicated training space for the officers, which is something new for the department.

“We always have to ask and borrow places for training,” Justice said. “It will be nice to have our own.”

Later in the meeting, the commission also voted unanimously to purchase six acres on North Central Avenue and Lake Street for $685,000 to expand the city’s cemetery. The addition will add enough space to serve the cemetery for another 25 years, Commissioner Patty Teater said. Prior to the purchase, Teater said the cemetery had enough space to last for five more years.

In other action, the commissioners:

— heard a presentation concerning the city’s audit for fiscal year 2019. Allen Norvell, director of Blue and Company, said there was a clean audit with no reportable conditions.

— approved a letter of engagement between the city and attorney Linda Ain to work on tele communication issues.

— approved the purchase of a new substation transformer for about $89,000, which was budgeted. The transformer will be delivered in March.

— approved the purchase of a utility vehicle for the Nicholasville Police Department’s seasonal park patrol. Justice said the vehicle, which will cost about $18,000, will be purchased with drug forfeiture funds.

— approved a resolution to purchase property on Lake Street for sewer line installation.