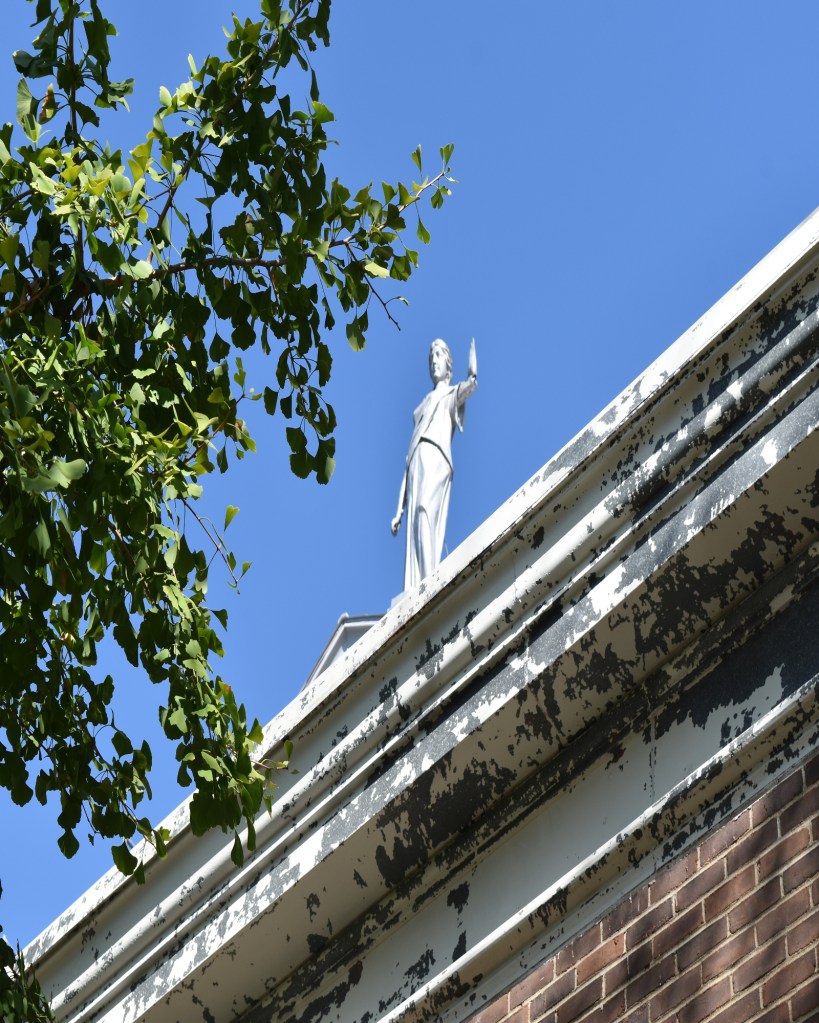 At last week’s meeting, the Jessamine County Fiscal Court voted unanimously to move forward with a local company for statue repair work that will save the county close to $30,000.
“We met at Clark Tool and Die and looked at the statues we had a bid previously on and decided to try and look at local resources that might be used,” Jessamine County Judge-Executive David West said. “It looks like a significant amount of money will be saved. Having work performed locally (the money saved) is still a significant amount and this is something I would like to bring before the court.”
Previously, the fiscal court had a bid of $144,000 to repair the statues that adorn both sides of the Jessamine County Courthouse. The bid included the need to ship the statues to Canada. Once in Canada, West said the statues damage would be addressed and a higher dollar amount could be added to the repairs needed. Clark Tool and Die priced the renovations for both the statues at $85,880.
“He is also putting together a weathervane that he is going to donate to the court for the cupola, it is important to know that all of these renovations are being funded with court facility fees,” West said.
Court facility fees, West said, are fees placed on a summons in certain court cases in the county.
“There are options, but I certainly think having the work done locally and saving nearly $30,000 is going in the right direction,” West said.
The motion was passed by Gary Morgan and seconded by Justin Ray, after which Kent Slusher asked about the court facility fees in question that would be used for the project.
“These are court facility fees?” Slusher said.
West answered yes and said the fees have to be used specifically for the Jessamine County Courthouse.
“They are dedicated totally to the upkeep and maintenance of the court,” West said.
“That $85,880 is after sandblasting and all he needs to do to it?” Slusher asked.
“Yes, that is the total project, and he is firm on that,” West said.
“Since he does not need the scaffolding,” Slusher said, “I like the part about the historic part being put back and everything, but it being mobile would be fantastic. Not being scrunched by the scaffolding helps too.”
West said the statues would have better anchoring than they ever had previously when re-attached in their positions.
Clark Tool and Die, West said, is proposing a stainless-steel structure inside to help secure the statues to the courthouse after their repair. The statues, West said, are made of zinc and will be repaired with the same material.
“When you mix metals, the zinc will give itself up to repair other spots on another metal, that is why you want to go back with the original metal,” West said.
“As far as I have known these statues have had nothing done (to them) except have pieces and parts put back on. As a matter of fact, one of the statues had a piece of wire coming out attached to its core that I guess would have kept it from falling all the way to the ground.”