‘The Odd Couple’ comes to WJHS 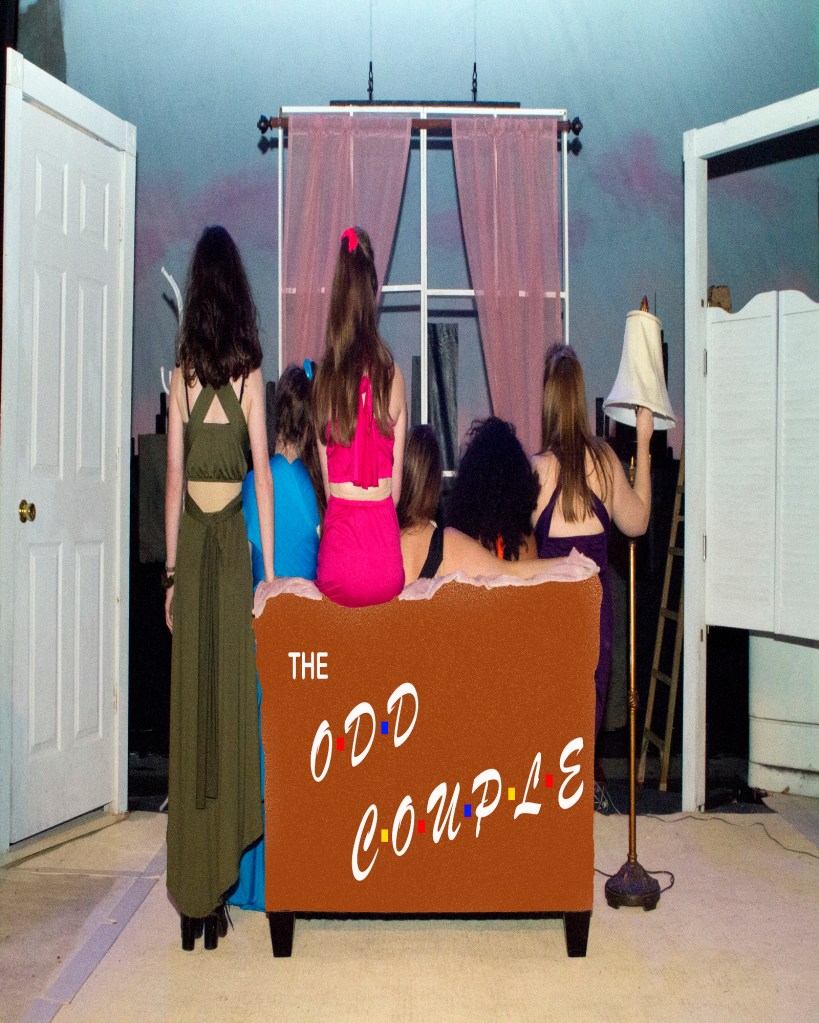 West Jessamine High School premieres a comedic performance showing timing is everything in the Neil Simon’s classic, “The Odd Couple.”
The performance will take place at WJHS, located at 2101 Wilmore Road in Nicholasville. Showtimes include 7 p.m. today, 7 p.m. Dec. 6 and 7 and 1 p.m. Dec. 7 and 8. Tickets are available at the door for $5 for seniors/students and $8 for adults. The box office will open one-hour before the scheduled performance.
Rehearsing for six-weeks, director Mary Grogan said she has put on several dramas and musicals in her career but liked the idea of a play that would challenge her actors.
“Occasionally, I like to challenge my actors,” Grogan said. “I really think it is the hardest kind of show to do. Timing is everything. I am so proud of how these eight young actors have risen to the challenge.”
Having seen her own high school director perform in the show as the character Olive, Grogan said she knew one day she would love to tackle the show herself as a director.
What makes this performance different than others the high school theater department has previously put on is that no one dies in the end, Grogan said.
“Last year we performed ‘Our town’ and ‘The Sound of Music,’” Grogan said. “Half of the cast was dead by the end of ‘Our Town,’ This is a comedy. At the heart of it is about life-long friends and how we love people despite their flaws.”
Grogan said this performance also includes one of the smallest casts in West High history.
The show consists of 35 students, only eight of which are actors. Grogan said a lot goes on behind the scenes and a student staff will be positioned at both the front of the house and back stage.
They key players include: Corey Jackson, Olive; Natalie Hutcherson, Florence; Marissa Moberly, Mickey; Vera, Kaitlyn, Wesley; Rayliegh Frasier, Sylvie; Macy Brockman, Renee; Will Cordier, Manolo and Jakob Allen as Jesus.
Grogan said she hopes all who come out to the performance will laugh.
“That is our goal,” Grogan said. “Also to have 1980s nostalgia with all of our references, costumes, props and music.”