Wilmore hopes to save granary 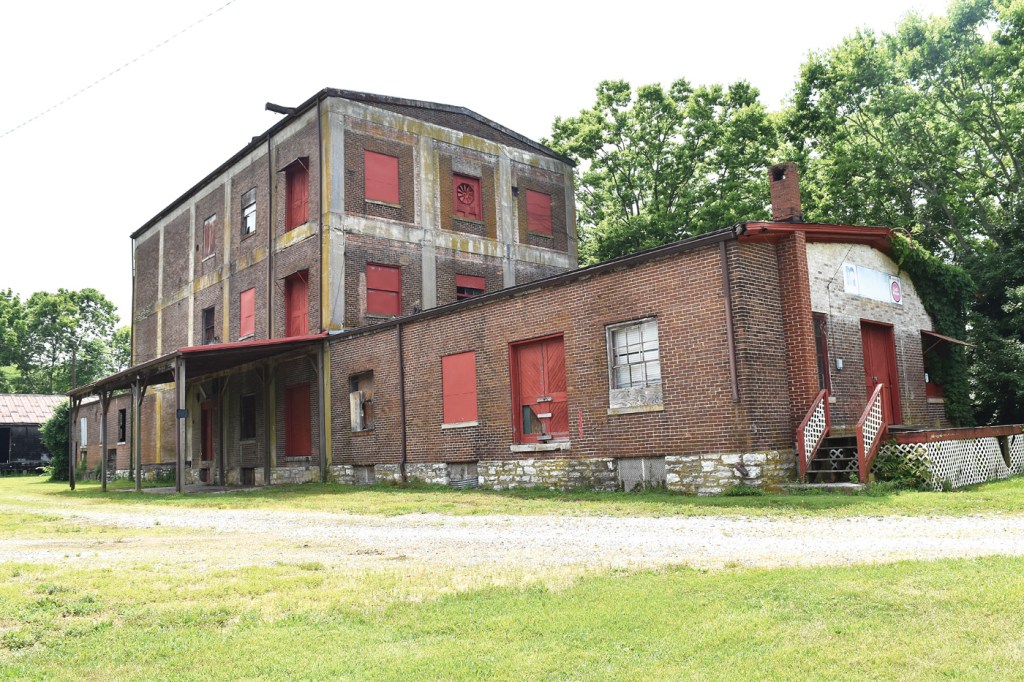 The city of Wilmore is seeking help to save the more than 100-year-old building that was once home to Brumfield Hay and Granary.
Focusing on what is considered one of the oldest buildings in the city, the council hosted a public hearing June 3 to seek public opinions about moving forward with a HUD Community Development Block Grant application to stabilize the building that sits at 400 E. Main St.
The building thrived in the era when the railroad was the primary way of getting to Wilmore, and it was one of the first places where electricity was generated in the area.
The former granary has broken windows that have been boarded up, and raccoons and pigeons get inside the building and leave behind feces. The basement has a flooding problem, and the roof has a significant leak on the back right corner of the building. There is still some leftover molasses and grain on the floors from when the building used to be a functioning granary, where people brought oats and corn and molasses to make feed for animals, said Dave Carlstedt, Wilmore’s utilities and public works director.
On June 3, the council voted unanimously to move forward with plans to apply for the $500,000 grant. The deadline to apply for the grant is July 1.
Carlstedt said currently the city is still waiting for approval from the State Historic Preservation Office for the project which is their final step to be able to submit the application. The city, he said, feels confident they will have their application submitted by the July 1 deadline.
“I’m super excited about this project,” Carlstedt said.
Wilmore has to match the amount of grant money by 20 percent to be eligible for the grant which will make their investment $100,000. The stabilization would be a $600,000 project altogether.
The plan includes sealing the building so the animals don’t get in, repairing the roof, keeping the basement from flooding and other efforts. The stabilization plan does not include plumbing, electric, aesthetics, furniture or fire systems if someone puts an elevator in the building — those things would be the responsibility of a potential buyer of the building to develop.
Mayor Harold Rainwater said if the city gets the grant and the building is stabilized, the city is looking for a buyer to invest $500,000 into making the building occupiable and turning it into a functioning building – such as an event venue, a place for counseling or law offices or a place for some other business. Currently, one potential buyer is a surgeon in Lexington who is an Asbury alumnus who may be interested in turning the building into an event venue, Rainwater said.
“We want it to be something that is aesthetically pleasing and making an improvement in the neighborhood and is in some keeping with historic preservation of the building itself,” Rainwater said.
Rainwater said the ultimate goal is to create jobs with the building, which he said Wilmore needs more of for the city to function more effectively.
The mayor said he wants Wilmore taxpayers to know the city would get back the money it has invested in the building — both the $100,000 it’s investing to match the grant and the approximately $160,000 it spent to buy the building and the land it sits on in 2015 and perform other tasks involving the building — if the city sells the building to a buyer after stabilization.
Carlstedt said the Kentucky Department of Local Government can take up to 12 months to make a decision about whether Wilmore will receive the grant.
Carlstedt said because of the building’s history, he is excited for the city to potentially be able to stabilize it and sell it to a buyer.
“It really is a significantly interesting building,” Carlstedt said.