‘Let down your hair’ 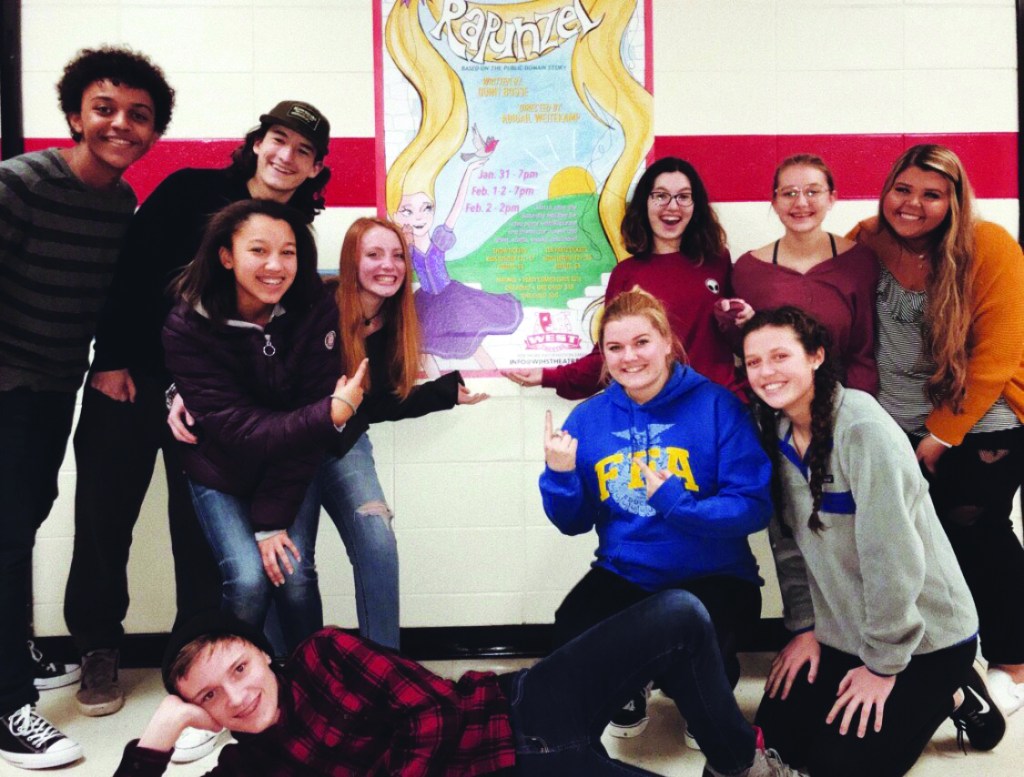 A tradition dating back only a few years, West Jessamine High School’s student-led production opens next weekend and will feature a traditional fairy tale with a twist.

“Rapunzel stays true to this tradition,” director and producer Mary Grogan said. “West alum Quint Bosse has written a fairy tale with a twist for the students to direct, design and act in. We are so lucky Quint still finds time for us every year.”

With auditions held last November, the cast is a mix of seasoned actors and newbies, Grogan said.

“That’s the great thing about theatre, every show and every cast is new,” she said. “We learn more and more every production.”

Tickets range from $5 to $7, with an additional charge for a tea party on Saturday after the show.

All money raised supports the WJHS Theatre Program and will help fund the spring musical.

Performances will take place in the WJHS Theatre, located at 2101 Wilmore Road.

Student director Abigail Weitekamp said she was excited to pick a show for the student-led production which involved a prince and princess with humble beginnings.

“They are the kind of characters almost every child can connect with,” Weitekamp said. “As a child myself, I always dreamed of meeting these kinds of characters. We want to bring that kind of childlike dream to reality for those who come to see the show.”

Weitekamp said through this production, the cast and crew are able to focus on the audience and create an experience for everyone.

By doing so, this engages a younger generation across the county to get excited and involved in the arts.

“While this is a children’s show, it is appropriate for all ages and great for families to see,” she said. “Not only will the audience get to come and watch the show, they are also given opportunities to meet and engage with the characters afterwards.”

A favorite part of the production for Weitekamp is the small reception following the performance on Feb. 2 allowing children more time to spend with Rapunzel and her friends.

“There will be everything from crafts, face paint, food and a photobooth. Our cast would love to see everyone there,” Weitekamp said.

Rachel Hamilton, who plays the part of Rapunzel’s real mother, said this is her first year in high school, and so far, she has enjoyed being involved with the WJHS Theatre Program.

“I enjoy playing Rachel because she helps to teach people that you can’t give up, even in the face of continual let-down and failure, you have to persevere,” Hamilton said.

Ashton Nduati-Woki, who plays King George, Prince Edward’s father, said he has enjoyed being a part of the production and taking on a new role with the WJHS Theatre Department.

“I’ve appreciated how the directing team works with me in such a positive way to really shape my role and the character,” Nduati-Woki said.