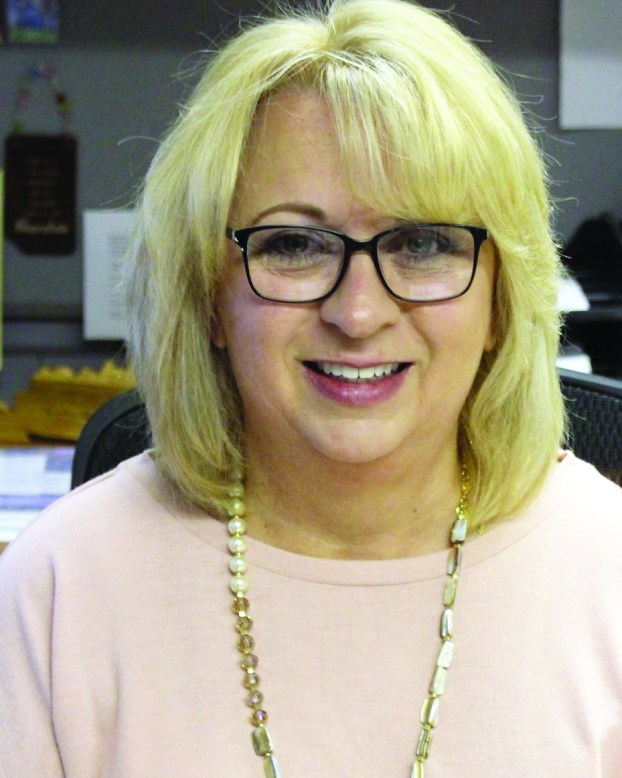 When Roberta Warren was hired as the Nicholasville city clerk, commission meeting minutes were taken by hand and typed on a typewriter.

“This was before we had personal computers,” she said. “When you were looking for information on something that happened at a meeting, you had to scan through tons of paper files to find it.”

Perhaps that was Warren’s early incentive for developing such a keen memory, one that served her and city leaders well over her 20 years as the city’s official record keeper.

Warren retired in September, after 34 years as a Nicholasville employee.

“Roberta has more city history in her head than you could find in a book,” new City Clerk Kathy Walker said.

Walker was promoted upon Roberta’s retirement.

“If only we could just download everything she knows,” Walker said. “She deserves to have a great retirement after years of dedicated service, but she will definitely be missed.”

Warren first joined the city staff in 1984 as the police chief’s secretary. From there, she joined the customer service team at the utilities department, then became a bookkeeper before being promoted to city clerk in 1999.

She thanks city leaders for trusting and supporting her over the years, even down to making sure Walker was hired a year early to give her time to acclimate before Warren’s retirement.

“I’ve been given a lot of opportunities here,” she said. “A lot of people had faith in me and got me to where I am today. I got formal training, but nothing beats the lessons you learn from people who truly want you to be successful and don’t mind taking the time to tell you what you need to know and giving you the tools and support you need to do your job well.”

Mayor Pete Sutherland said Warren, who has served at least five mayors, is “a treasure to me and the city of Nicholasville.”

Sutherland said Warren was one of the first people he called when he considered running for mayor to make sure she wouldn’t retire if he took office.

“Although I have known Roberta for only eight years, I have grown to be tremendously fond of her,” Sutherland said. “She has been a friend, a mentor, a sounding board and a confidant. I want to thank her for her friendship and dedication to me and the city of Nicholasville.”

When asked what she plans to do during her retirement, Warren happily rattles off a list topped by spending time with her family, including her parents, Barbara and Bobby French; her fiancé, Dana Hammonds; her son, Jacob, a Navy veteran and diesel mechanic; her daughter, Raven, who is recently married; and her 7-year-old granddaughter, Abigail.

She also plans to work on her bucket list.

“I’m going to take my first airplane trip and my first cruise,” she said.

Still, she’s a little sad to leave her career behind.

“I started working for the city when I was 20, so I feel like I grew up here,” she said. “The people I work with are my family, and I will miss them.”

Warren applauds city leaders past and current for their work on behalf of the residents.

“Our elected officials really do have the best interest of the community at heart, and it has been a privilege to be a part of it all,” she said. “I have lived in Nicholasville all my life, my parents are also lifelong residents, and I couldn’t be more proud to have worked here for so much of my life.”

‘Let down your hair’