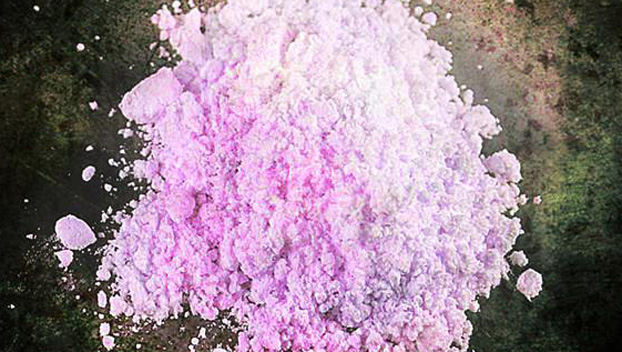 U-47700 is synthetic opioid approximately 7.5 times stronger than morphine which is now classified as a schedule I by the Controlled Substances Act.

The DEA’s 2017 National Drug Threat Assessment further depicted U-47700 as “an imminent hazard to the public”.

More recently, “pink” has reemerged in a new form.

During a recent controlled-buy of another substance, Counter Drug Task Force members in Northern Kentucky procured an unknown pink substance packaged for distribution.

Chemical analysis conducted by the DEA laboratory concluded this substance was a mixture of heroin, methamphetamine and fentanyl.

Pink has a possibility of being Naloxone (Narcan) resistant nationally.

Law enforcement and emergency medical services have reported numerous instances where individuals whom have overdosed on fentanyl-based narcotics did not respond to direct, and sometimes multiple, doses of Naloxone.

Pink in any form can be absorbed by the skin, but clandestine methods of producing pink create substances able to be distributed in powder, pill and even mist forms.

The complex chemical make-up of pink makes it highly-volatile and highly-dangerous to law enforcement and emergency medical service personnel even through secondary exposure.

Law enforcement officials and local health departments throughout the state urge citizens to exercise extreme caution when coming in contact with any pink substance.