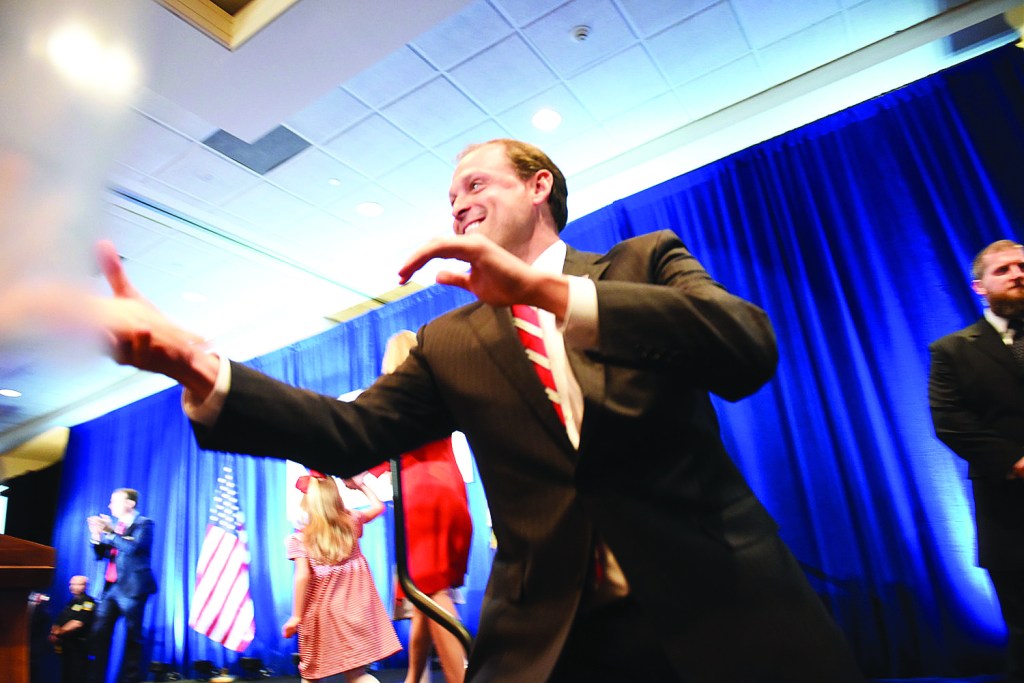 Barr’s camp received a gigantic energy boost last month with a visit and endorsement from President Donald Trump, who came to Richmond on one of his many campaign stops in the past two months to try and save one of the nation’s most-watched House races for Republicans.

“Six years ago we marked the beginning of a journey together,” he said. “We knew the path would neither be smooth or straight. We pledged ourselves to the full-scale renewal of the American dream. Thanks to the people of central and eastern Kentucky, that journey continues.”

McGrath conceded the race to Barr in a phone call and he complimented her and her campaign for a competitive fight.

“As I’ve always said, competition is a good thing,” he said. “It brings out the best in people. I am grateful to Lt. Col. McGrath for this tough and hard-fought campaign as it will make me a better leader and a better congressman.”

McGrath, the former Marine fighter pilot who jumped into politics for the first time, showed grit in giving the incumbent Barr a fight.

But he will be returning to Congress for a fourth term to represent the central Kentucky district. Madison County was a big part of the victory for Barr as were the rural counties of the sprawling district. An improving economy under Republican leadership was a rallying cry for Barr’s campaign, too.

“If there is one word to describe how I feel right now it is gratitude,” Barr said. “Gratitude for our Lord and Master who has blessed me and all of us with the gift of freedom and the opportunity to live in the greatest nation in the history of the world and the privilege of serving in the people’s house.”

On a night when the Democrats were trying to flip the U.S. House of Representatives, Barr was able to maintain his seat for the Republicans. Four of his fellow Republican incumbent Congressmen in Kentucky – Thomas Massie, Hal Rogers, Brent Guthrie and Jamie Comer – easily won as did Democrat John Yarmuth.

The Democratic party needed to gain a net of 23 seats to take control of the House for the first time since 2010. They were hoping McGrath would be one of those 23.

The Trump factor and a robust economy benefited Barr in the midterm election. The president spoke out at nearly nightly rallies that a vote for Republicans was a vote endorsing his performance in office.

Trump held 50 rallies, including 30 in the last two months, in support of GOP candidates, according to White House Press Secretary Sarah Sanders.

It was an expensive campaign for Barr and McGrath. The candidates broke campaign finance records in the district with more than $10.4 million spent, according to the Center for Responsive Politics.

An additional $8.3 million was spent by outside groups supporting Barr and McGrath.

“It’s been a long tough race. We gave it our all and I am so grateful for the commitment that you all showed,” McGrath said. “We got so close but they (the voters) decided to stay on the current course and I respect their decision.”