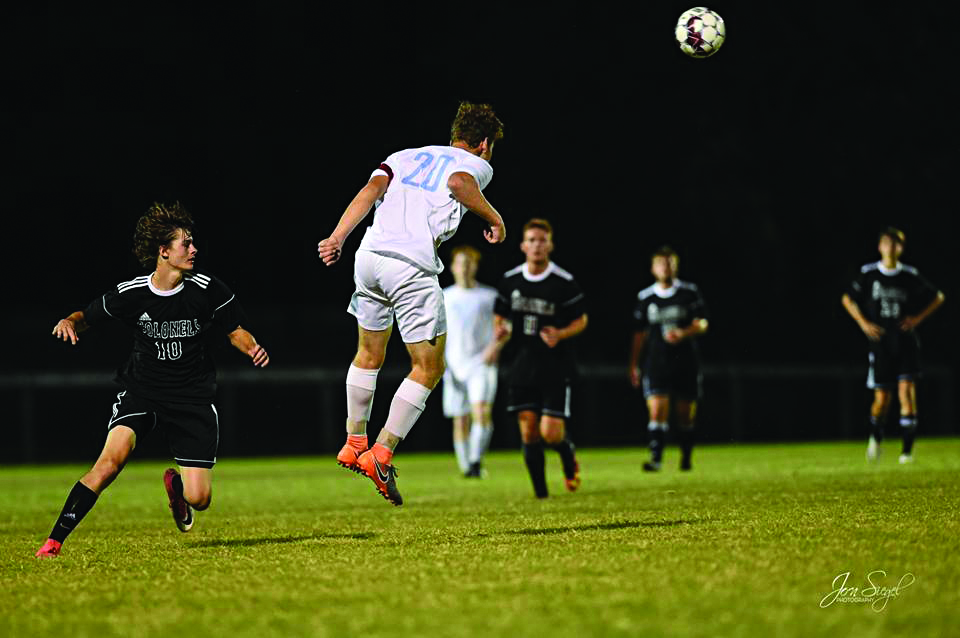 West Jessamine soccer is having the best season the program has seen so far as head coach Brock Sutherland believes.

The Colts have a record of 12-4 and are sitting first in the 12th Region.

West started the season 5-0, outscoring their opponents 22-2 during that span.

Sutherland is a native of Nicholasville and was in the first graduating class of West Jessamine High School.

He spent time at Madison Central before taking over as coach for West Jessamine.

Sutherland said when the West job opened up it was without a doubt his first choice.

“I loved the job at madison central, but the travel was not worth the paycheck,” he said. “I coached a lot of club ball and when the West job opened up it was a no brainer. “

Sutherland said coaching is what he would live and die for.

“I just love the game,” he said. “Anytime I can be on the field and teach them the game is a huge plus. I have coached a lot of them since they were 10 so it is kind of a mental thing as well. I have seen them grow up not only as soccer players but as young men.”

Sutherland said he has been pleased with the high level of soccer his team has been playing this season.

“So far, it has been the best soccer I have seen since I have been a coach,” he said. “We have got eight seniors, and combined with the juniors and young kids, I have 21 players. We are looking to win the region finals and not just get there.”

Sutherland said he believes his team’s success on the field has came from their chemistry off the field.

“They all know each other and hang out so it is a tight group,” he said. “I have had the privilege to coach some of them in club ball, middle school and through high school. The message has always been the same and after four years they are really putting it together.”

Despite the winning season, Sutherland said he has to motivate his team during practice and before each game to keep their eyes on the prize and to not be content.

“Every game we play are worthy opponents,” he said. “Every game we have lost has been teams we overlooked. Hard work overcomes talent when talent does not work hard. We have the talent, so night in and night out we have to put it all together.”

Sutherland told his team at the beginning of the season what the mission was going to be and feels like his team is on pace to accomplish it.

Mercer County has beat West the last two years in the 12th Region championship and Sutherland strongly believes this year is West’s time to shine.

“The goal was to win the region,” he said. “We had no business being there two years ago and lost a close game. Last year’s idea was to win also, but we went down south and had some calls not go our way. Watching the Mercer team celebrate last year and the year before was rough. Looking back on them makes it seem like it is our time now so we have to put it all together.”

West Jessamine’s next game will be against East Jessamine 7:30 p.m. Thursday at West.