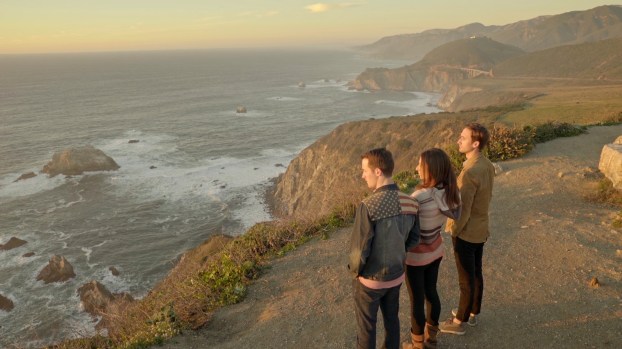 Asbury alumni and West Jessamine High School graduate Jonny Walls grew up in Wilmore and recently wrote and directed his second film “All about the Afterglow” which will be featured in a public screening at the Kentucky Theater Oct. 5 in Lexington.

The film is a comedy/drama which takes place during a road trip up the California coast. “All About the Afterglow” follows two soon-to-be stepbrothers as they make their way north from Burbank, California to San Francisco in order to attend their parent’s wedding. Along the way, they meet an array of different characters and experience unexpected roadblocks which cause them to rethink not only the trip but their parent’s union and their lives as well.

“Being from Kentucky, I wanted my first film to play at the Kentucky Theater,” Walls said. “I know a lot of people in the area and thought it would be a lot of fun to have it play and have people come out and see it. I would like to make a tradition of it and have all of them (films) play there. As my career continues and hopefully I go onto bigger and bigger films, I don’t know if they can all premiere there but I would like to if I can.”

While Walls attended Asbury University, he took part in the university’s film program which was just being started and gave also gave him the opportunity to fly to Los Angeles and complete a semester there through the program.

“After, I thought for whatever reason film is jiving with me and I think I would be good at this,” Walls said.

His first film, Couch Survivor, was shot in 2014 and played in the Kentucky Theater in 2016. His current film came to him as an idea while waiting for funding of Bluegrass Spirits, another one of his films currently in post-production.

“This project (‘All about the afterglow’) would be extremely low budget, employ a minimal skeleton crew, and film in only locations that we had access to – basically removing as many obstacles that were out of our control as possible,” Walls said. “We ended up deciding on doing a road trip movie because I had been wanting to try that genre for a while and you can stick a camera on a car mount and shoot pretty much anywhere.”

“I went to work on the screenplay and before the year’s end we had begun production,” Walls said. “Rather than doing a traditional shooting schedule, we spaced the shooting out over months, just shooting on the weekends when people were available.”

The film begins in Burbank, Walls said, and features scenes shot in Carmel, Malibu and areas traveling up the Pacific Coast Highway.

“Speaking from someone not from California, California does sort of carry this idealistic view,” Bauer said. “The Characters are fun, and it is a nice blend of comedy and drama. It is a really good film. It is something a lot of people can relate to. (The film) focuses on nostalgia and adventure. Anyone, especially in our generation, can relate to growing pains in their late 20’s and 30’s. It is a beautiful movie. I am generally very excited to be sharing it with people, especially somewhere very near and dear to Jonny’s heart.”

For more information and to purchase tickets visit http://www.kentuckytheater.com/2018/08/10/all-about-the-afterglow/

Jessamine County has a new theater company offering opportunities for students, their families and the community by providing enrichment opportunities... read more