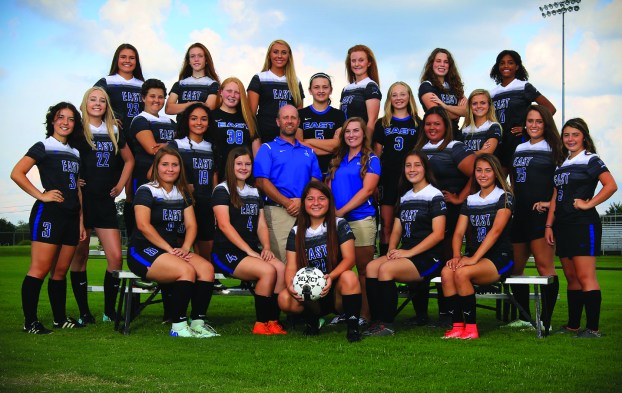 Jags on the hunt

East Jessamine looking to heat up the season

The Jaguars got off to a slow start earlier in the season losing their first four games.

They had a quick turnaround and managed to leave Gatlinburg, TN with two wins during the Smoky Mountain Cup and have fell two straight games since then.

East has yet to beat a team in the state with both of their wins coming from teams in TN.

The Jags finished last place in the district last year with a 7-13-1 overall record.

The veteran team has a senior class of six and all have starting positions.

“We are weak in the goal and in the defensive half of the field,” she said, “We are constantly working on improving and showing tremendous effort at our training. We are very low in numbers and have been forced to play incoming freshman on the varsity team.”

Jones said regardless of how her team plays on the field, she hopes to help them understand what the purpose of playing is besides only winning.

“Our team goals are making a difference on and off of the field,” she said. “On the field, during training and games we are challenging our veteran players to encourage and be a positive example to our younger girls. We are more focused on doing the right thing through the play of the game versus winning. Having low numbers we are still using the Varsity matches as developmental.”

Despite finishing last in the district last year and a rocky start this year, Jones has been pleased with how her team has handled the outcome of each game.

“Surprisingly, these girls will not quit, “she said. “They are quickly able to pick their heads up and carry on. Perseverance is a strong trait to have. Wins and losses carry emotional ups and downs. With a loss, I always ask them if they gave their very best. If they truly have, then you can always find winning in that. We never lose, instead we learn. We learn more about ourselves, the game and what we need to do to be competitive.”

Jones urges the community to support the Jaguars and show spirit.

“Fans should come out and support us,” she said. “We are small in numbers, but big in heart. We’ll always put our best foot forward and give our competitors our best effort.”

Jones said she preaches the same thing to her team during practice and before games.

“My message to our girls has always been play with passion, heart, dedication and desire,” she said. “Give all of yourself to your teammates, and encourage them to do the same. With a win, I always remind them to be humble. Be respectful to your competitors and thank them for giving you their best.”

East will be on the road to face Southwestern at 6 p.m. Thursday.

Staff Report For The Jessamine Journal The East Lady Jags did their thing last Wednesday, August 22, 2018 against Georgetown... read more