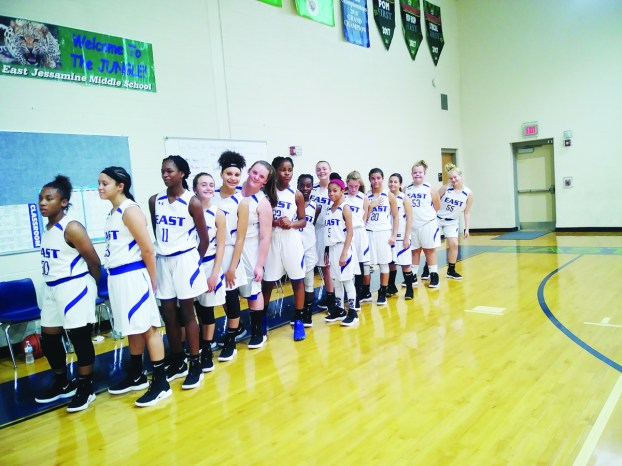 The Lady Jags had a big win against the West Jessamine Colts Aug. 16, winning 52-17.

Coach LaToya Richardson was proud of her team.

“That was the best press defense we have played this season,” she said.

In the first quarter the score jumped up to 24-3.

The game made their record 8-2.

On Aug, 20, the Lady Jags played against Anderson County.

Richardson said she expected it to be a close match up as Anderson County is known to shoot the ball very well.

The first half ended with the Lady Jags leading by 10 points. However, second half was a different story. The lady Jags came out hot and ready. They won 40-24.

Richardson said she is proud of how her girls are playing thus far. That game made their record 9-2.