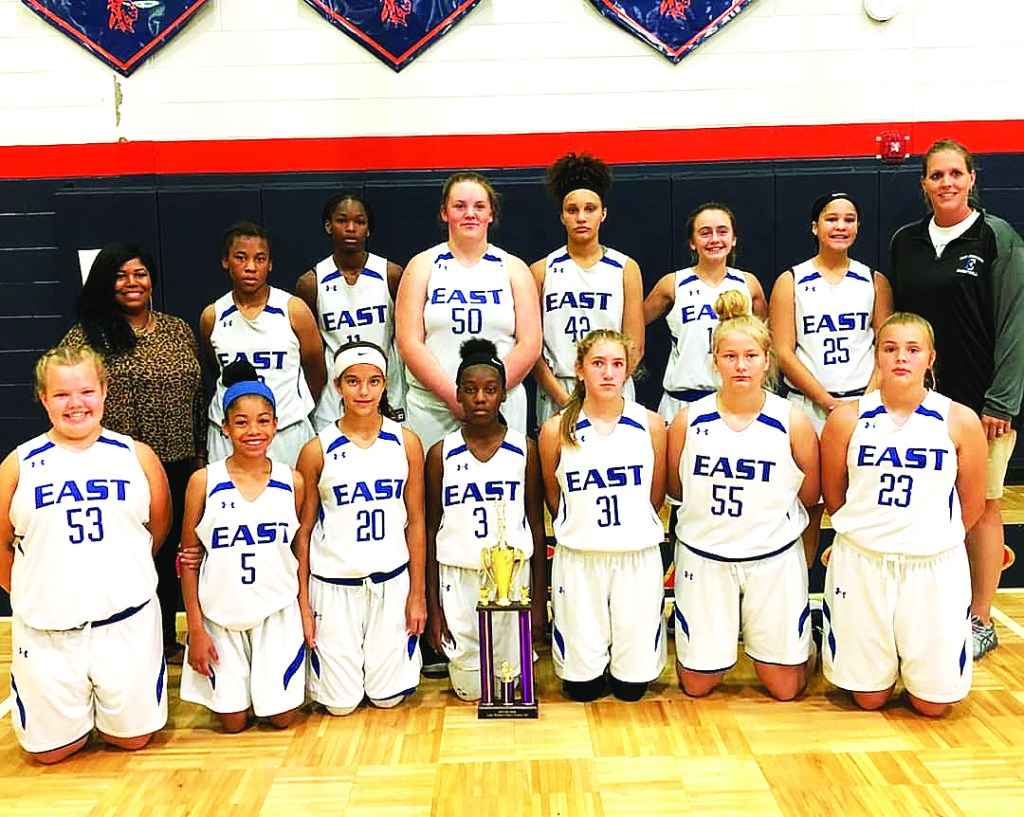 “This is one of
the most talented teams I have ever coached,” said coach LaToya Richardson. “They have a bright future
ahead.”

Their first game was on Saturday at 10 a.m. against Spencer County and the
Lady Jags won 46-43 in overtime.

The Lady Jags had to play one last game on Saturday at 5 p.m. against
Montgomery. The Lady Jags pulled off an upset win, 36-31.

East Jessamine went three for three, winning all three games for the day and keeping them
in the winner’s bracket for Sunday.

Sunday was tough. In order to be in the Championship Game, they had to
play and beat Lincoln County. East Jessamine took a loss to them on
Thursday, 35-27, making that their first loss of the season.
This game was payback for the Lady Jags. They won 27-22 moving on to
the Championship Game later on that day at 6:30.

The Lady Jags went on to face Pulaski County  in the Championship game. The
Lady Jags lost 52-40, making that their first loss of the tournament
and second loss for the season. The Lady Jags took home the runner-up
trophy, making their season record 6-2.

The Lady Jags had a long weekend of basketball, playing Bates
Middle School on Aug. 13. The Jags won 34-25, making their season
record 7-2.

They look forward to today’s road game against West Jessamine.