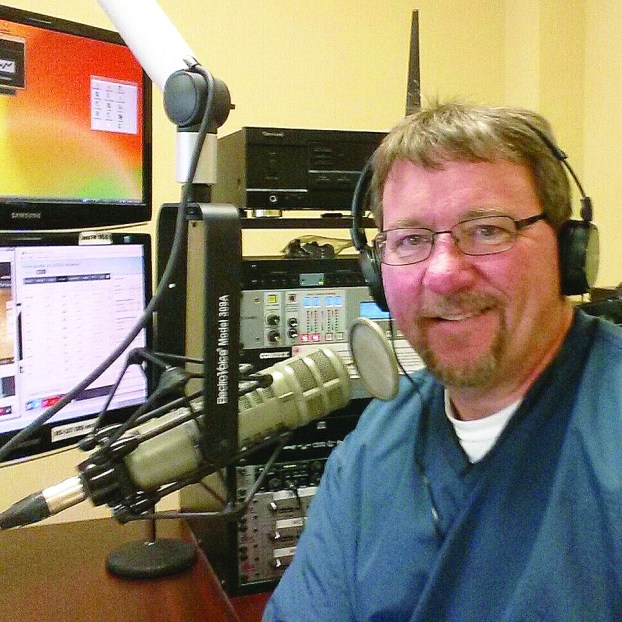 Jessamine County Circuit Clerk Doug Fain is celebrating four decades of a hobby that began when he was a teenager.

This month marks Fain’s 40th year in broadcasting, and All “Things Jessamine” will surpass 200 episodes in October.

Fain said “All Things Jessamine,” which started in December 2014, is all about the people and places in Jessamine County.

“The idea came from the station owner, Jonathan Smith,” Fain said. “He knew that I was the administrator of the 5,500-member Facebook page ‘You Grew Up in Jessamine County If,’ so we formulated an idea to highlight great things, past and present, about our county.”

Entering the radio scene at age 15, Fain said he was shy, but broadcasting pushed him out of his comfort zone and opened the door for more opportunities.

“Being behind a microphone in a studio gave me the confidence to talk to people and eventually take that talk to crowds,” Fain said. “The exposure of the local radio station helped get me where I am today in my life and career.”

Fain said the goal of the program is to preserve the memories and history of Jessamine County in a way people will enjoy.

JessFM owner Jonathan Smith said it has been a pleasure working with Fain over the years.

“Doug and I are from the same radio era and he understands what’s important for local listeners,” Smith said. “Doug knows to put the listener first and that is a win-win for the community and the station.”

“Doug’s show has been integral to bridging the gap between old Jessamine County and the current-day one. He provides an important element of local history to our programming,” Smith said.

When Fain first launched “All Things Jessamine,” he said the response was positive.

“I have no idea how many people have heard it on the air,” Fain said. “I do know that it has had over 18,000 downloads on my podcast website from all 50 states and over 15 countries, including Russia, Australia and parts of Africa and Central America.”

In his nearly 200 episodes of “All Things Jessamine,” Fain said there have been some doubters along the way.

“I think there were a few people that were surprised that I could find enough material to get this far,” he said. “The fact is that there are a number of shows that I would like to do but can’t find anyone that is still around to talk about the subject.”

Regardless, broadcasting is something Fain has enjoyed.

To listen to past episodes online, visit www.dougfain.podbean.com.