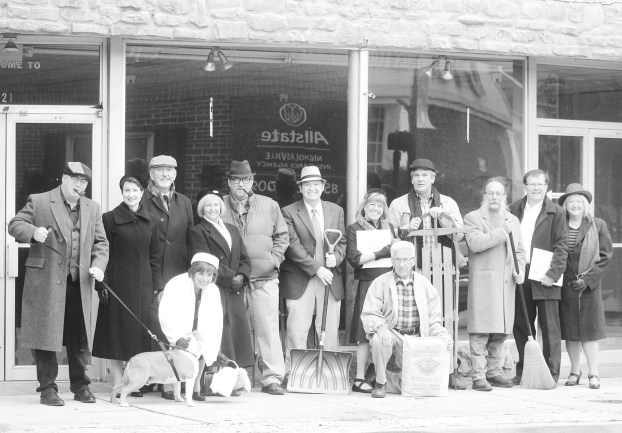 The Creative Art League of Jessamine County has announced plans to close as of July 15, and KCAL: Old Time Radio Troupe will take possession of its current location Aug. 1.

“Connie Grayson had a great vision to build an art center here in Jessamine County,” KCAL Producer Doug Fain said. “She worked very hard and long to make it succeed including putting a lot of her own money into it. She should be commended for her commitment. I just hate it that she couldn’t get the funding to continue.”

Fain said the league offered art exhibits, workshops and cultural additions to Jessamine County throughout its years. It also gave KCAL a place to hold its performances for the community.

“After nearly five years, hundreds of events, thousands of visitors and at least a million smiles, it is time to say goodbye,” Grayson said. “The Creative Art League will be closing its doors on July 15 (with) the Mini Art Camp on July 11 and 12 being our final events. We appreciate your patronage and support and have enjoyed bringing art events to our community. Lack of sustained funding and the inability to hire staff have forced us to make this hard decision.”

Fain said when CAL announced it was closing its doors, KCAL had one of three choices: Close down, find another place to perform or rent the building. After approaching the newly-established Visit Jessamine, Fain said they got the support they needed to remain open.

“Next, we initiated a fundraising page on Facebook and the immediate response was amazing,” Fain said. “We have raised enough to at least rent the existing building, with the kindness of the building owner Robert Gullette III, through the end of 2018. We had to realize that it is not only rent we will now have but utilities, insurance, etc. that we have not had to worry with before. In the past four years, KCAL has performed and turned the ticket proceeds over to the Creative Art League which rented and maintained the building. We are (now) in the process of becoming a 501(3)C so all donations should be tax deductible.”

With a performance already scheduled for the end of September, which is currently 90 percent sold out, Fain said KCAL had to act fast and find a way to let the show go on.

With the small space available for their performance, ticket sales for the troupe’s four yearly performances will not be enough to cover a full year’s costs and the organization is in the process of trying to find individuals or business sponsors to help.

“Once we figure out if we can stay next year, then we can talk about more KCAL-related showings and performances,” Fain said. “KCAL has been well-received but we know that the funding issue is a major question mark. At the very worst, we will be able to finish out the year and, at the least, be able to have the opportunity to see our loyal audience two more times.”

KCAL’s mission is to find one big corporate sponsor, or three to five sustaining sponsors to help with operating costs. Individual contributions are important too, as Fain said KCAL has received donations ranging from $2 to $300 from in-county, out-of-county and even out-of-state contributors.

“We at KCAL are honored to be able to bring these performances to our county,” he said. “We are even starting to see return guests from other counties. If you would like to help KCAL continue we would appreciate your support.”