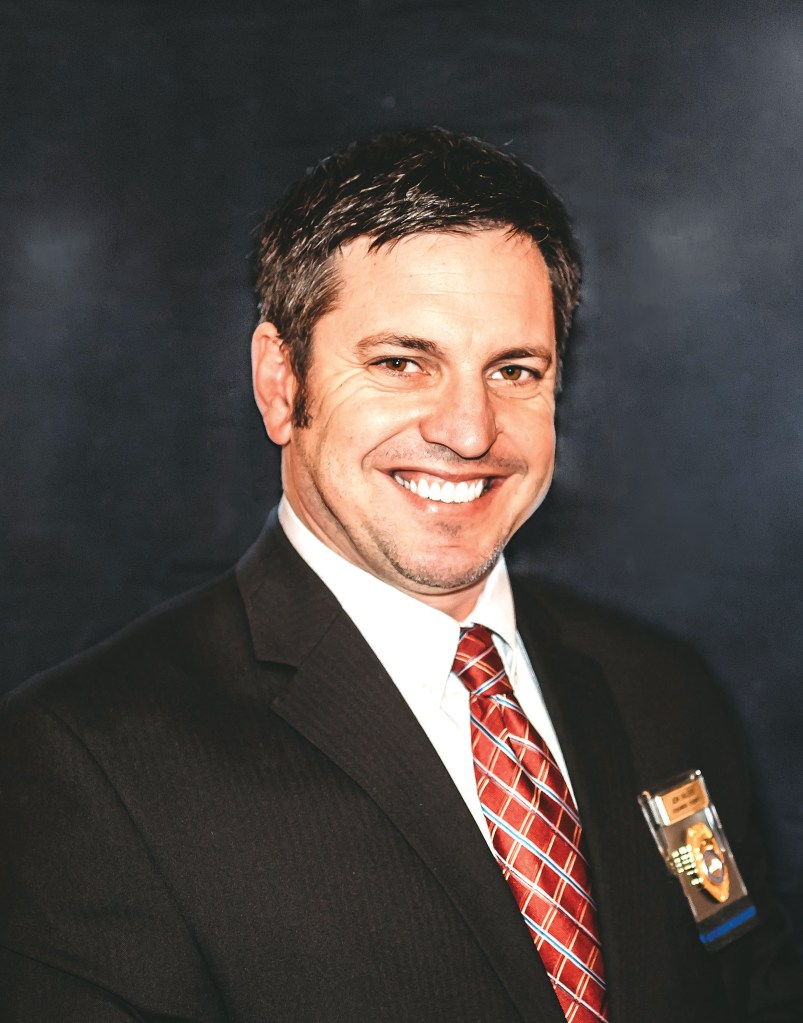 Jon R. Sallee was re-elected Tuesday night in the primary election for another four-year term as Jessamine County Jailer. This will be Sallee’s third term as jailer.

“We are excited to get the chance for four more years to keep moving forward and try to build on the programs we started and make an impact on people’s lives,” Sallee said.

“My biggest thing is programs,” Sallee said. “We are going to have to build an addition that is the biggest thing. Madison County is starting their process. The building we are in is 30 years old. I always tell people to think about how much Jessamine County has grown in 30 years. That just tells you how bad we need this addition. Without that it really limits us and we are limited on programs. We are limited on a lot of things.”

Recently, he helped to secure a grant bringing more jobs to Jessamine County when Tiger Commissary purchased a building and began setting up its three-phase company which ships items from clothing to candy bars and potato chips to jails in nearby states such as Ohio, Indiana and Tennessee.

Currently, Sallee reports he has been working hard for Jessamine County to receive a new jail for the last seven years. The new building is drawn up and designed and is currently being put out to bid.

“Everything is on the shoulders of the magistrates and judge-executive,” Sallee said. “The ball is in their court.”

One of the programs Sallee wishes to keep expanding on through his next term as Jessamine County jailer is the Resilience Program which originated in Fayette County.

Started by Maurice Mercier, a human services consultant and “Resilience For The Inward Journey” program director, Sallee said the Jessamine County Detention Center is only the second center to offer the program in the state of Kentucky. Designed to help inmates avoid being re-incarcerated for drug addiction, the Resilience Program is offered to inmates over a 12-week period where they receive help on not only addiction but what triggers that addiction as well.

“We have begun to have local people that have been affected with addiction or maybe lost a family member come and speak at this class,” Sallee said. “It is a really good program. We have a lot of things in the works, but we want to keep growing the programs and think of innovative things to save money and get the jail project going.”

Election results are in