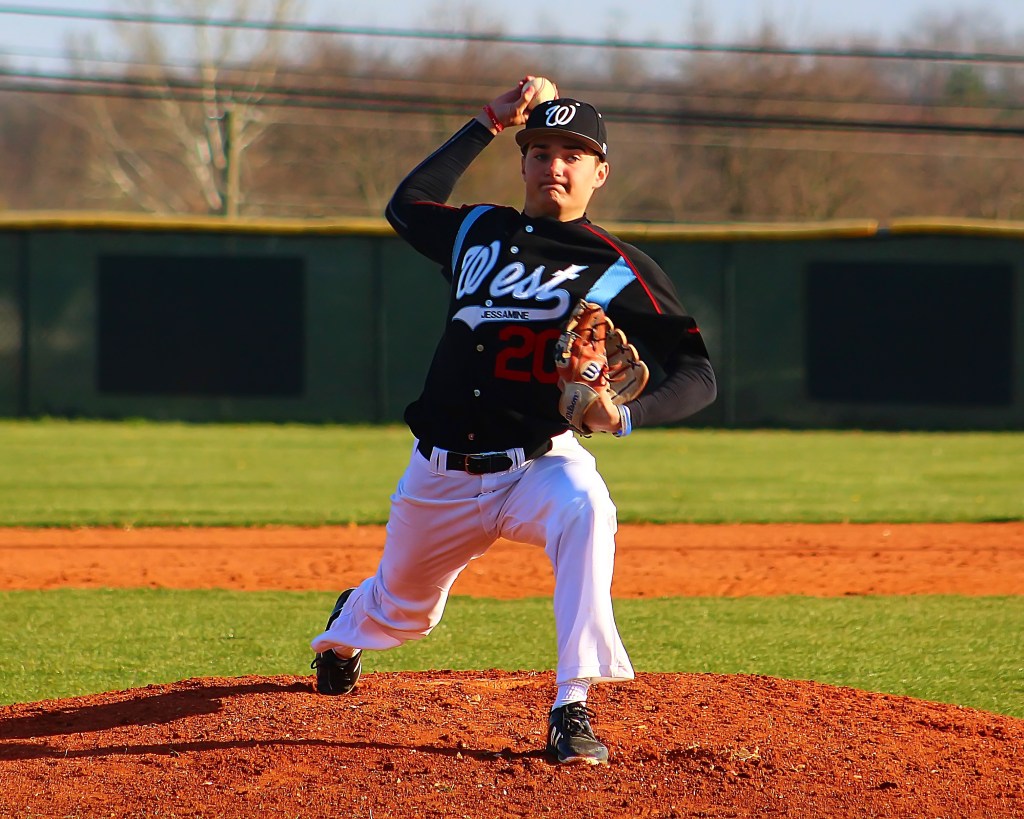 Despite the cold weather on Monday, it was a good night for baseball at West Jessamine.

The Colts took on visiting Casey County in varsity action, making short work of the Rebels in a 12-2 mercy-rule victory in five innings.

The Colts’ right-hander Ethan Davis shook off a four-error night by his defense, going four innings while allowing two unearned runs on only one hit, walking one and striking out five. Will Stephens closed out the shortened game by allowing only one base-runner on a walk in his scoreless inning. Davis threw 66 pitches, 41 (62%) for strikes. Stephens threw fourteen pitches, six (43%) for strikes.

Colts batters drew a combined eleven walks against Rebels righties Bradley Hines and Nate Goode, with seven different batters recording at least one hit and every starter reaching base on either a hit or a walk. Casey County also made four errors of their own, adding to the logjam of Colts base-runners.

Jacob Cervantes led the hit parade, going 3-4 with two runs scored and two RBI, picking up two singles and a booming triple off the right-field fence. Skyler Cannady went 2-3 with a double and scored two runs, driving in a run as well. Catcher Nick Lee had a hit and two RBI, one of which he picked up on a bases-loaded walk. First baseman Brady Blair went 1-3 and led the Colts with three RBI. Seth Taylor, Nathaniel Frank and Landry Byrd had an RBI each.

Lead-off hitter Blake Crockett was hitless on the night, but drew a walk and reached on error as well, adding a pair of runs scored and a stolen base. Taylor also swiped a bag, while courtesy runner Cole Hackney took full advantage of his time on base by stealing two bases.

The game ended in anticlimactic fashion, as the Colts drew three bases-loaded walks in a row to reach their ten-run lead, cutting the game short.

Head coach Jody Hamilton saw the game as a mixed bag, pointing out the shaky start by his infield and the need for a bit more intensity in his players.

“Coming out of Florida, we didn’t exactly play the way we wanted to play down there, either,” said Hamilton, “and we’re still trying to figure some things out.”

“We battled through some tough times, today, with the errors and the walks. But then we had some key hits. I thought Jacob’s hit in the first inning was a big blow because if we don’t get that, then we don’t get to that second run,” he added.

Hamilton went on to talk about his team’s perceived lapse of focus in the early innings of the game. “I was upset in one inning because we just got kind of lackadaisical…we let the ball play us (in the field). After that, I thought we played pretty well.”

“Hopefully, we can build on this and get better. We’ve got a long way to go.”