‘It is in good hands’ 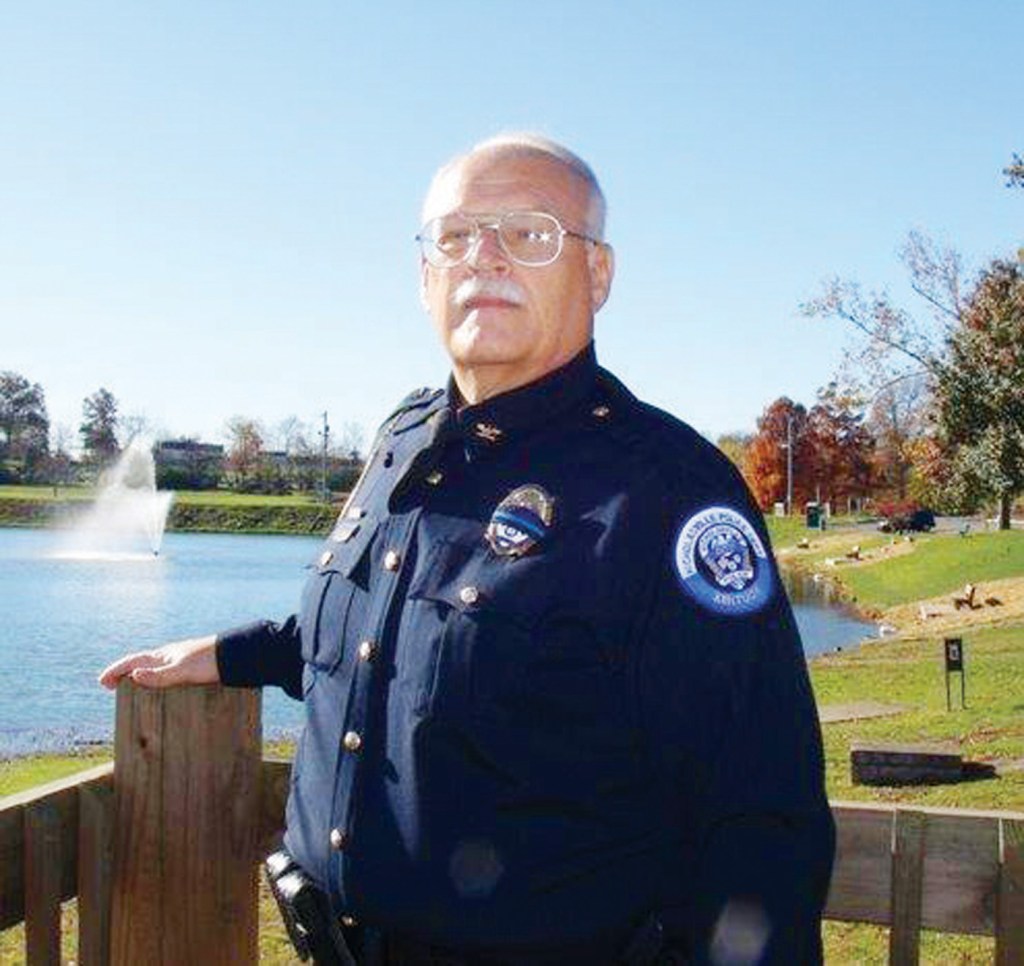 Barry Waldrop knew what he wanted when he accepted his job at the Nicholasville Police Department over 20 years ago, and that was to make it something of which the whole community could be proud.

Retiring at the end of 2017, Waldrop said he built the Nicholasville Police Department as a team where everyone participated in helping make it what it is today.

“Those on the board who hired me, they were the ones responsible for giving me that shot,” Waldrop said. “After interviewing and going through the process, one of the questions was ‘how long are you going to stay?’ My response was ‘I am going to stay here at least 20 years to retire, if not longer, or until you all get rid of me.’ ”

Waldrop said they laughed and gave him a goal to put the right policy and procedures in place and get the department to where it should be, which he said he did.

“I said, ‘That is what I want. I want the same things you guys do, and I will get it done before I leave here.’ ”

Waldrop said he moved back to Jessamine County when he was 15 years old after his father was killed in Vietnam. Growing up, Waldrop said he watched the police department and knew it needed a lot of work. Once the police academy opened up, and he saw other improvements being made, he said he knew he wanted to be a part of that change.

“I walked off from a lot higher paying job then,” Waldrop said. “But money wasn’t everything, and I still took whatever it was and moved right in here and stayed here 22 years to do what I wanted to do. I sat for the longest time and watched the Nicholasville Police Department before things got put in place like background checks, polygraphs, phycological tests and all that. It was changing for the good. I saw all of that was coming and wanted to have the opportunity to become a part of it.”

“I took it and had to make it 22 years and I enjoyed the heck out of it,” Waldrop said. “I loved it there. There wasn’t one minute of it I didn’t.”

Waldrop said he left the department in good hands, having worked with Assistant Police Chief Chris Cain for 20 years, and the new Chief of Police Todd Justice for 19 years. He said after getting close to both Todd and Cain, seeing their leadership skills and watching them in certain positions, he knew they were the right choice for his replacement.

“Betty Black made this move with these guys,” Waldrop said. “She did a tremendous job putting these people in place and the citizens of Nicholasville are very fortunate to have these two guys. The citizens can sleep well they are in good hands. As a matter of fact, I am a little envious of those two because they are going to do a better job than I did. It is a good feeling that I can leave there knowing that it is in good hands. It is going to be run well. These guys are super, and all we need to do is get behind them and give them our support. Let them do their job and things are going to be good. ”

In fact, Waldrop said he still communicates with the department. After 22 years it is hard to turn off a job that he loved so much, he said.

“There isn’t a day that doesn’t go by that I do not think of the Nicholasville Police Department in some fashion,” Waldrop said. “Those people there are my family and when I left I felt like I deserted them. Some of the best people in the state of Kentucky are in the Nicholasville Police Department. They have some of the best officers around. They are good people. They are well educated and well trained. They are knowledgeable and do a super job.

“I did not do it all by myself, I surrounded myself with good people in that department and those people made me look like a superstar. I owe more credit to them then I deserve. That is how good they are and I am proud of that. We could not have found two better people to take over.”

Justice said Waldrop was the only chief he has ever known and proved to be a great mentor and leader.

“He did nothing but positive things for the agency and brought us to where we are today,” Justice said. “He made it easy for me to pick up the reins and carry on because he left it in better shape than he found it.”