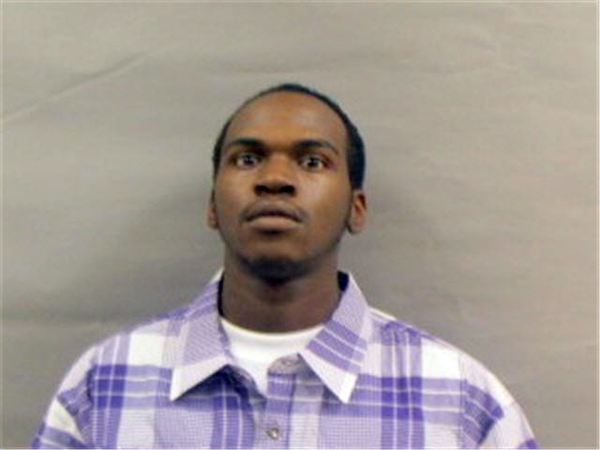 Two heroin dealers and one suspected supplier have been arrested and taken off the streets of Nicholasville.

Three separate investigations, that began in early January 2017 after a series of heroin overdoses in Jessamine County, led to criminal complaints by the Drug Enforcement Administration.

Lamar “Juice” Chaves Thornton, 24, supplied an average of 50 grams of heroin every three days to a Cooperating Defendant Witness (CDW), according to an affidavit from the U.S District Court Eastern District of Kentucky.

The CDW stated that “Juice,” lives in Detroit, Michigan, from where he would bring heroin to the Lexington area in order to distribute. During that time he would stay in various Lexington hotels.

The Nicholasville Police Department has encountered Thornton before, according to the affidavit.

In Nov. 2013, he was arrested in Nicholasville while in possession of 96 grams of heroin. Thornton would later plead guilty to first-degree trafficking in a controlled substance.

Investigators believe there was probable cause that Thornton did conspire with others to distribute heroin.

The most recent batch of heroin, provided by Thornton, had a different color and odor, according to the affidavit.

“The CDW stated that it was stronger than previous deliveries,” said the affidavit. “ The CDW stated the recent product caused him to pass out, and he then started taking less product.”

The investigators from the DEA stated in the affidavit that they believe this strong batch of heroin contained fentanyl or another opioid analog, possibly carfentanil.

“Therefore, I believe the source poses a great danger to society,” said a special agent from the DEA.

One CDW even stated that he/she died from taking the heroin product, and an unnamed associate had to administer two doses of Narcan to revive him or her.

Representative of Thornton, Prosecutor Cynthia Rieker of Lexington, said he is currently not in the Eastern Kentucky jurisdiction as of Tuesday.

Jerrod Doolin, 34, from Nicholasville, has been linked to selling heroin to one of the 10 overdoses that occurred in a 36-hour time frame from Jan. 8 and Jan. 10 in Jessamine County, according to an affidavit.

Doolin was charged with first-degree trafficking in a controlled substance in state court.

Doolin’s waived his rights to a preliminary hearing on Jan. 20, the court then proceeded to a detention hearing.

“We are waiting on the decision of the court for them to decide whether or not there are conditions on which he can be released,” Representative of Doolin,  Attorney Christopher A. Spedding of Lexington, said on Tuesday.

Doolin is currently being held in Grayson County at the Detention Center as a federal prisoner. 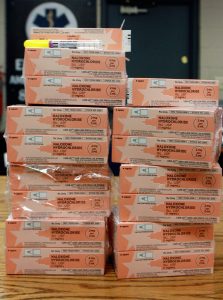 The driver of the car involved in the accident, Nathaniel Brezeale, 26, of Nicholasville began overdosing on heroin that he had taken minutes before driving. He was given three milligrams of Narcan and was resuscitated, according to an affidavit filed Jan. 12 in Lexington at the United States District Court.

The passenger with Brezeale advised investigators that Brezeale was her boyfriend, and he had a substance abuse problem.

On Jan. 10, Brezeale traveled to a residence in Garrard County, where he entered alone, remained for approximately 10 minutes, returned to the car and began driving back to Nicholasville, according to the affidavit.

The residence in Lancaster, where Brezeale visited and purchased a tenth of a gram of heroin from was Ruggiero’s, according to the affidavit, and that was not the first time he had purchased heroin from Ruggiero.

Ruggiero is currently being represented by a criminal defense lawyer in Lexington, Pamela Dae Perlman, who said he is only being held on a complaint.

“The US Attorney’s Office has a specific amount of time to present the case to the Grand Jury,” Perlman said in a phone interview with the Jessamine Journal. “Then if the Grand Jury has probable cause, they issue an indictment for Ruggiero.”

Ruggiero was assigned for a detention hearing on Jan. 18 in Lexington.

According to the public record, the defendant moved to explore potential pretrial drug treatment options.

Perlman said this means they are trying to find out if there is a bed available in a treatment facility for Ruggiero.

As of Tuesday, he is being held at the Fayette County Detention Center as a federal prisoner.

“Even if two (dealers) are taken off the street, we know there are probably more that we are looking for,” Nicholasville Police Officer Kevin Grimes said. “We are going to continue to investigate and make cases on anyone who is selling heroin.”

NPD said this was a situation where all the pieces of the puzzle came together and the end result was the arrest of a major supplier who was residing in Michigan.

For any information regarding heroin dealing or any of the above cases please contact the Nicholasville Police Department at 859-885-9468.