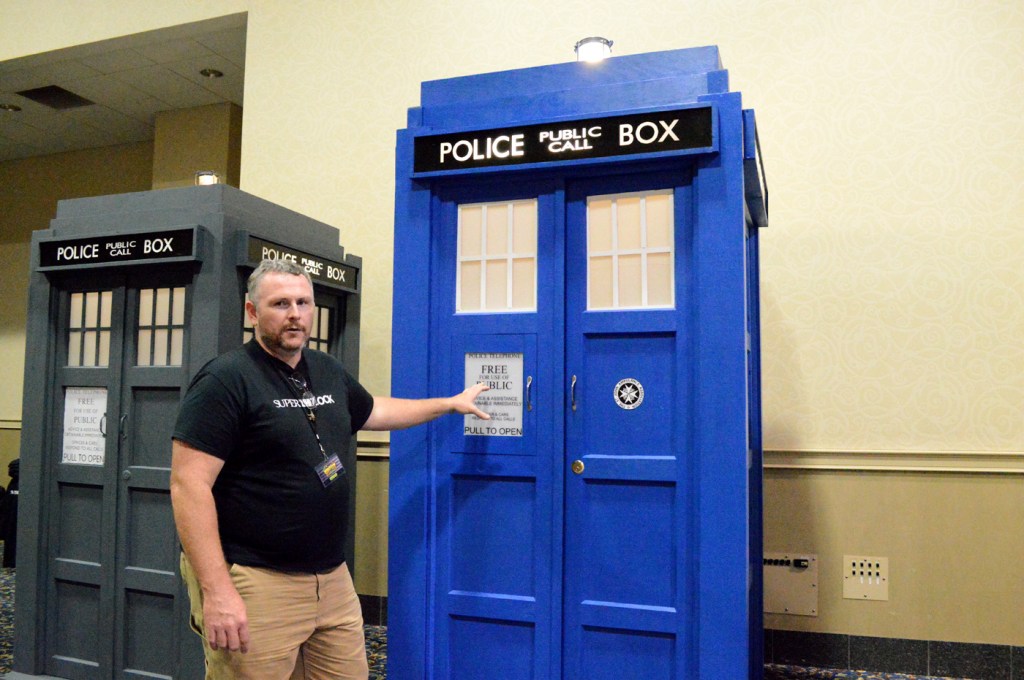 A surprise Christmas gift blossomed into years of comic conventions and events for one Wilmore family.

Jason Waller began his replica-making trek in 2012, when he made the famous time traveling police telephone box, TARDIS, from the T.V. show “Dr. Who” for his daughter as a surprise Christmas gift.

Along with the TARDIS, he gave her a key and a card that said, “Take your TARDIS to the moon and stars but always know you have a place to land it, to call home.”

The Christmas gift took Waller two months to build in the IGA stockroom.

The TARDIS remained in his daughter’s room for quite some time, gaining popularity with her friends who liked to take pictures of it. Eventually, those pictures got Waller and his family invited to show off the iconic telephone box at the Lexington Comic Book and Toy Expo.

During that time, his fiancé, Stephanie Fitch, suggested he watch the television show “Supernatural.” After the first few episodes, he said he was hooked.

With the support of his fiancé, Waller began looking for a car to replicate the 1967 Chevy Impala from the show. The replica would also serve as a car for road trips.

Within three months he found that car in Tucson, Arizona. Two and half years later, he turned it into the car it is well-known for today. Waller said about two out of every 20 people who see the car actually know where it is based from.

“Most people just think it’s a cool car, they don’t know what it is,” he said.

The car’s most recent photo shoot this past weekend at Scarefest, a horror and paranormal convention in Lexington, involved Supernatural actor Steven Williams who played Rufus Turner in the show.

Waller said he has shown his work at nine different local comic cons and, including Cincinnati Comic Expo, LexiCon and ScareFest the past two years.

Though Waller said it’s exciting, life can get hectic sometimes. Building replicas is not the only occupation Waller has, he is also a truck driver and a massage therapist.

Next year, he said he hopes to do a few bigger conventions rather than many small ones.

Waller said the eighth Doctor from “Doctor Who”, Paul McGann, told him his work was production quality, which he said made him very happy.

“When I build something I want it to be as close to the real thing as I can possibly get it,” Waller said.

Small details, such as the brand of door knob can make the difference.

“The devil’s in the details when you build these things,” Waller said.

From proportions to colors to the materials used, it all has to come together to make it work.

Waller said that the hardest part to building a replica is finding all the parts. Various materials can be found in various places, as was the case with both light fixtures on the TARDIS’s. One was found at Habitat for Humanity, and the other was a repurposed bird feeder.

“If you can’t find exactly what you want, you can kinda fumble around a little bit and create what you want,” Waller said. “That’s what we try to do.”

He said the challenges come in tracking items down. Another challenge is finding the perfect color.

He explained that the blue for the TARDIS is called Princess Blue, and it’s the same color as the University of Kentucky Wild Cat Blue. Any other blue would not be as spot-on.

At the moment, the blue Matt Smith TARDIS costs Waller around $1,500 to $1,800 in materials. That, combined with the 40-plus hours in labor, would lead to a price tag around a $3,000 and up for any paying customer.

His replicas are also built to travel, as they can be broken down and disassembled to take to the various comic cons.

While Waller’s daughter is away at college, he holds on to her TARDIS. For the last two years in a row it has served as a Christmas tree, complete with lights, a weeping angel on top and presents inside.

When the blue TARDIS and the Baker Street door replicas are not traveling to various comic cons, they can be found at the IGA in Wilmore.

“It’s a lot of fun,” Waller said. “And I love seeing people appreciate all the detail and the hard work we’ve done to create these things.” 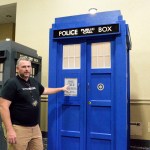 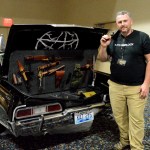 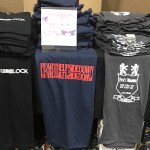